I trained as an actress at the Rose Bruford College but decided that my time would be better employed as a teacher, so for some years I taught drama and theatre arts. Two of my most successful students are Christopher Luscombe, the well known director, and the current 007, Daniel Craig.
I have always written and have done scripts for BBC Schools History Programmes. I had three thrillers published by Robert Hale in the 1980s and won the Historical Novel Society’s Kythira prize for a short story. History has always been  one of my great interests and I have now had twelve historical novels published.

I have recently signed a contract with Ebury Press, a branch of Penguin Random House, for four novels set in the Victorian era. These will be published under the pen name Holly Green.
I have a First Class Honours degree from Liverpool University and an MA in Writing from Liverpool John Moores. I am married and live on the Wirral.

Now is the Hour

WORKHOUSE ORPHANS written under the name of Holly Green 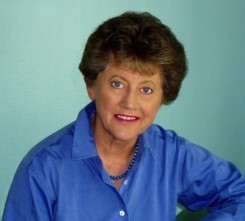