The Women of Baker Street 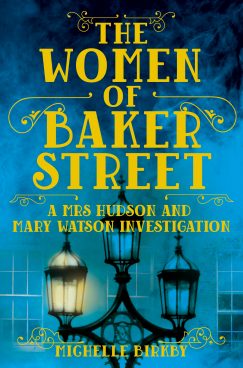 As Sherlock and Watson return from the famous Hound of the Baskervilles case, Mrs Hudson and Mary must face their own Hound, in the swirling fog of Victorian London . . .

When Mrs Hudson falls ill, she is taken into a private ward at St Barts hospital. Perhaps it is her over-active imagination, or her penchant for sniffing out secrets, but as she lies in her bed, slowly recovering, she finds herself surrounded by patients who all have some skeletons in their closets. A higher number of deaths than usual seem to occur on this ward. On her very first night, Mrs Hudson believes she witnesses a murder. But was it real, or just smoke and mirrors?

Mary Watson meanwhile has heard about young boys disappearing across London, and is determined to find them and reunite them with their families. As the women’s investigations collide in unexpected ways, a gruesome discovery in Regent’s Park leads them on to a new, terrifying case.