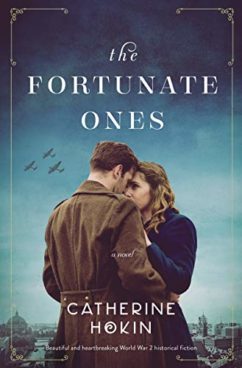 A story to break your heart – if you read only one book this year, make it The Fortunate Ones.

Germany, 1941. When Inge – all blonde curls and good manners – first locks eyes with Felix, she knows instinctively that he’s off limits. Her staunchly proper parents will never approve of a working-class Jewish boy for their precious only daughter. But that doesn’t make their first, shy kiss less significant, or the moment they’re torn apart less shocking.

The next time they see each other, it will be across the packed courtyard of a Nazi concentration camp – Felix in the prisoners’ ranks and Inge on the arm of her new, Nazi husband.

Inge never knew that her father’s ‘party loyalty’ would extend to marrying her off to a cruel Nazi officer twice her age, who sees his new wife as just another thing to control. She has always been a good girl – a silent wife – but when Inge sees Felix that day – beaten, bloody and brave – she knows she can’t stay silent any longer.

She must save him, whatever the cost, whatever her husband or even her country might do to her later…