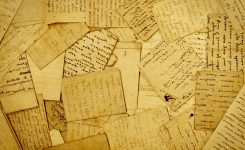 2022 has proved another really strong year for the HWA DDS Short Story Competition with stories which took us from Homeric times to the 1980s. All of the stories long listed are fresh, engaging works and our final round judges have savoured each and every one.

Huge thanks to our first round judges for all their work and thank you to everyone who entered. It was very difficult to select only 25 from the fantastic stories submitted to the competition. The shortlist and winners will be announced on 4 October.

. The Stuff of which Fairytales Are Made ~ Georgina Clarke

. The Whole of the Moon ~ John Irving Clarke

. The Prince and the Pardieri ~ Kate MacCarthy

. Careme and the Crime of the Century ~ Emma Seaman

. The Tale of Mud-Mary ~ Valerie Thompson

. I Have a Name ~ Frances Turner